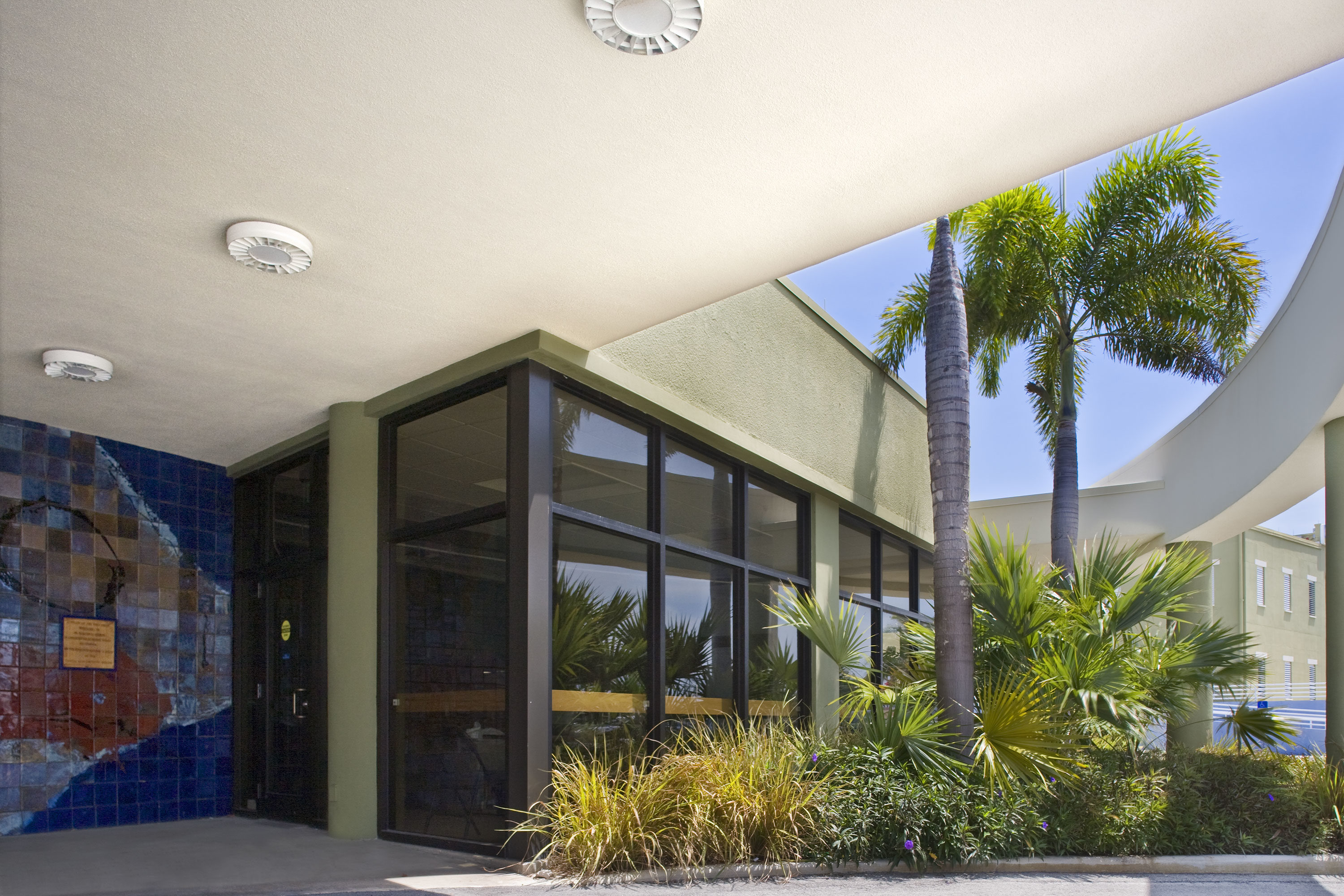 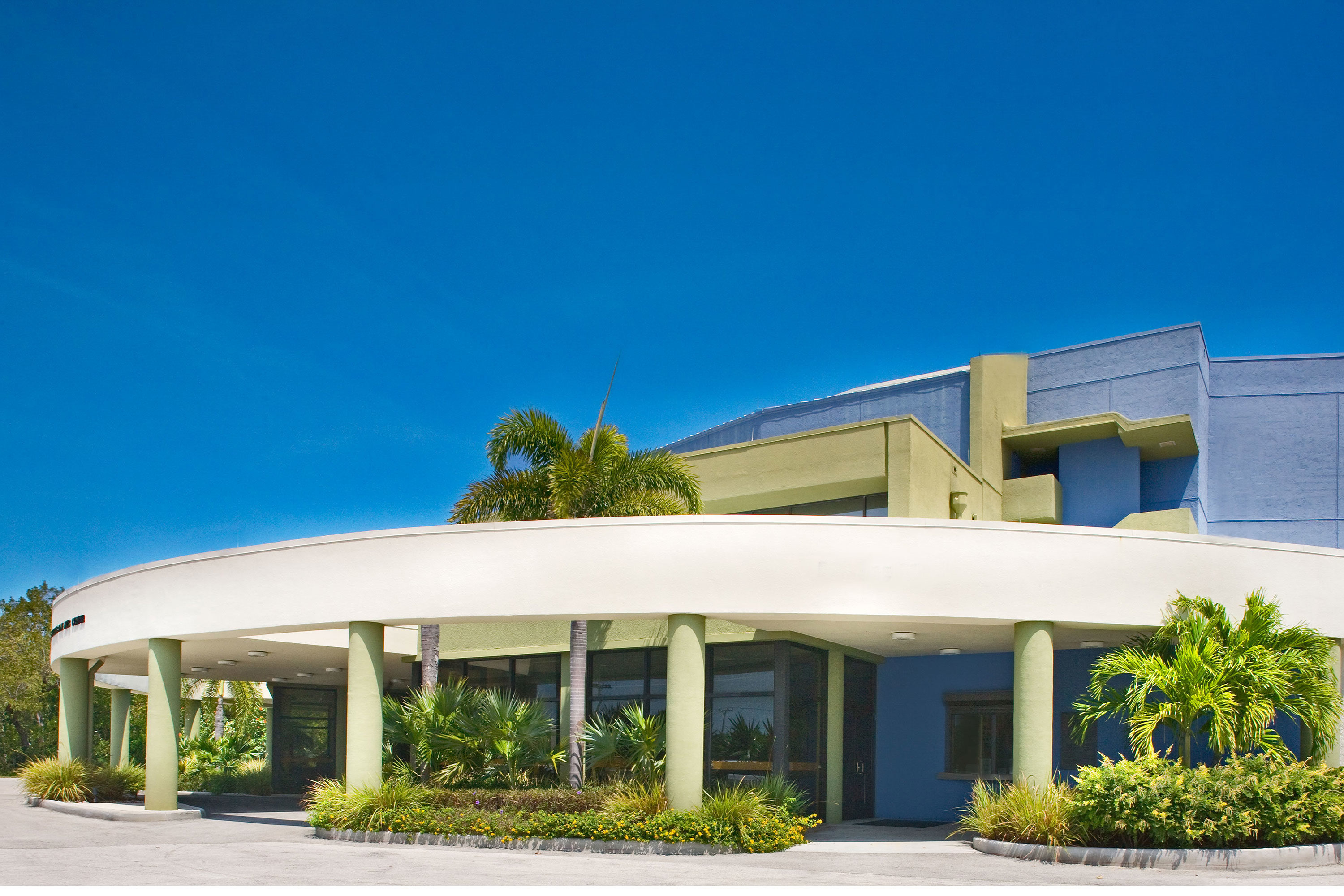 The Tennessee Williams Theater opened in 1980 and is located on the campus of Florida Keys Community College in Key West.  The auditorium seats nearly 500, but the main purpose of the renovation was to add square footage to the Lobby for smaller venues such as receptions, luncheons, conferences, workshops, and cabaret shows. Portions of the existing covered porch were enclosed with glass to expand the square footage of the lobby, and a new curved façade was constructed in front.  The new façade is a sweeping concrete beam supported over round columns.  A new roof was constructed between the existing structure and the new façade to provide covered shelter at the entrances and the box office.  Large openings were designed in the new roof to allow for the installation of trees and other plants directly outside the new glass curtain walls.  These planting areas serve as a buffer between the lobby and the asphalt parking lot positioned directly in front of the theater, and also allow for filtered daylight to enter the lobby area.  A covered porte-cochere is strategically carved out of the center of the new façade. Inside, the box office was remodeled, and new air conditioning equipment, lighting and finishes completed the expanded lobby space.  Additionally, the restrooms in the lobby were upgraded.  Valuable square footage at the existing restroom vestibules were incorporated into the new plans, and modern new translucent glass and metal restroom vestibules were constructed in the theater lobby.  This change facilitated compliance with the American’s with Disabilities Act, and the much needed addition of three water closet stalls in the women’s restroom.  The original 1980 ceramic tile, fluorescent lights, and orange formica gave way to a more contemporary palette of finishes, including glass walls, slate tile floors, marble slab partitions, natural wood doors and vanities, tumbled stone tile walls and alabaster light fixtures.